Before you installed fastlane and created a local Appfile and Fastfile. The next step is to create the remote apps that will be used to upload metadata and app binaries into later:

We can use fastlane produce to create our app in iTunes Connect and the Apple Developer Center. It asks for the app_name and then just goes ahead and uses the information it gets from the Appfile (and the saved credentials) to create the app remotely: 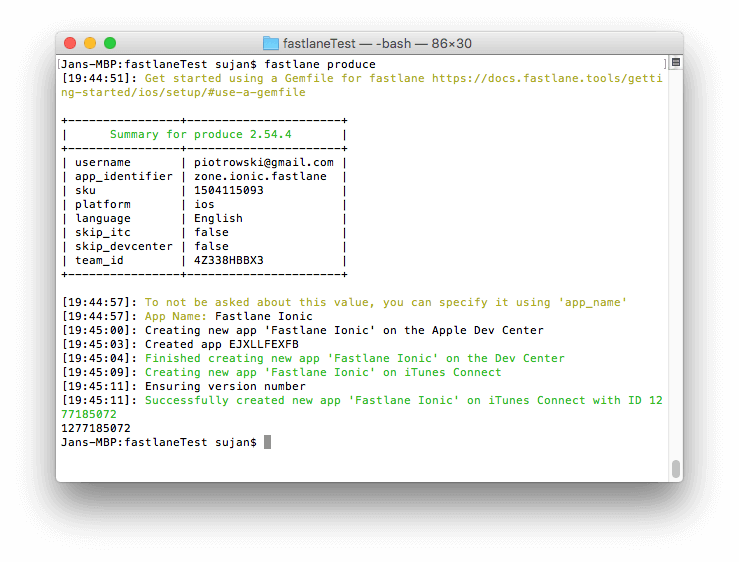 If this is the very first app you create on this account, you will get an error containing “You must provide a company name to use on the App Store.” now. To work around this, add -c "YourCompanyName Ltd" to the fastlane produce call. -c is short for --company_name which Apple asks for with the first app you create.

Check “My Apps” in iTunes Connect and “Identifiers” => “App IDs” in the Developer Center to confirm. 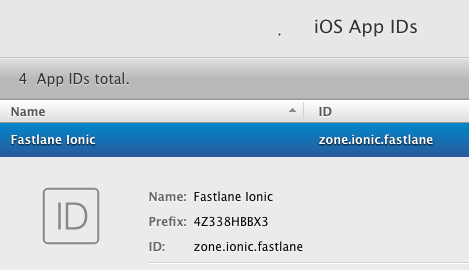 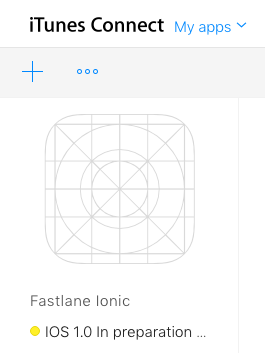 That was easy, wasn’t it?

Unfortunately an Android equivalent of produce doesn’t exist. The Google Play API doesn’t support creation of apps, so we have to get manual for Android.

Open Google Play Console and hit “Create Application” and use the app_name from before. 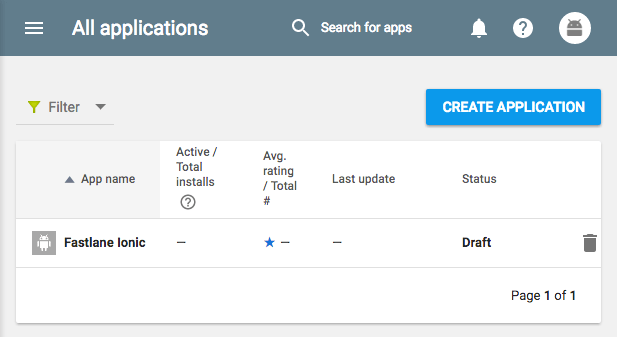 (You don’t have to add any other data yet - we will do that later with Fastlane.)

To connect this new app (that for now only has a name) to your package_name (which Fastlane will use to identify it) you have to upload an initial APK file to the Play Console manually. It will not actually be published (and you can do that in the “alpha” distribution group), so no harm done.

Go to “App Releases” -> “Manage Alpha” -> “Create Release” and “Upload APK”. You will have to upload a proper --release build of your app that you build the normal Ionic way once, manually. (It is enough to upload, you don’t have to click “Review”.)

Going back to the initial list of applications in the Google Play Console it should now list the package_name under your app’s name: 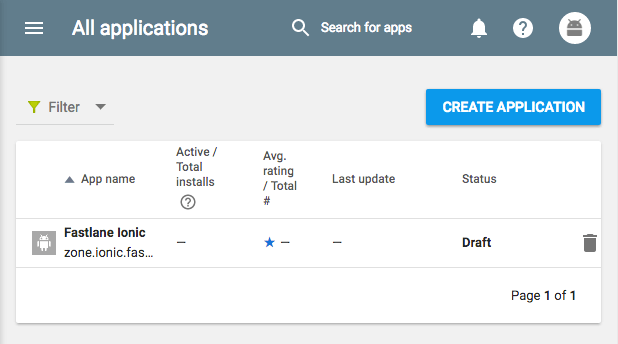 Now your app is created in both remote administration interfaces. Your local setup has credentials to connect to both APIs. On to create a local file structure that represents the metadata.