Add metadata and upload to stores

You currently have lots of empty files in your fastlane/metadata folder from when you created the local metadata file structure (after you previously installed and initialized fastlane and created your apps in the stores).

Now you have to do some manual work and fill these files with real data.

Go through the fastlane/metadata folder and add your own metadata:

If you want your app to contain localized app information for additional languages, just create a copy of the en-US folder and rename it to the respective language code (e.g. de-DE for German).

When you are done you can run fastlane deliver to generate a html file as overview of the data: 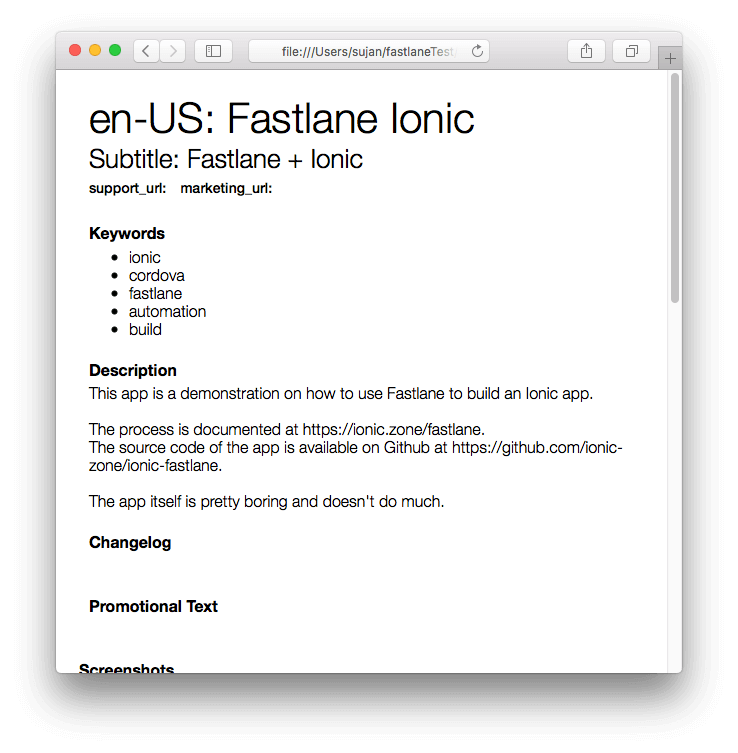 If you press n it won’t continue with the upload and you can fix things further.
If you are ready, press y to upload the data: 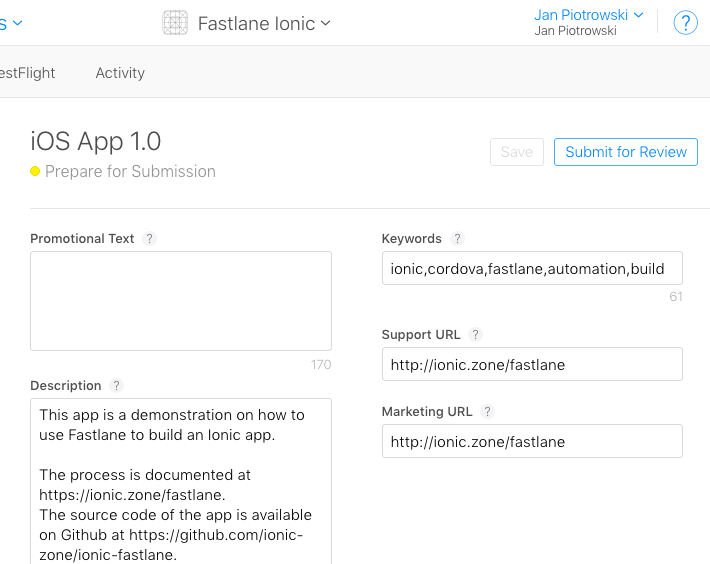 If you want to to use the same strings in several languages and only differentiate some special languages you can also use the default language to avoid duplicating the string to all languages: Create the common string in a default folder, and the special version for example only in the de-DE folder that should be different from all the other languages that don’t include the string at all.

Of course you also have to do the same for the Android metadata in fastlane/metadata/android:

Additionally to the files that get created by default you also should create these required graphic files:

All files are localized, and identical to iOS you can create additional languages by duplicating the en-US folder and giving it the intended countries’ language code as new name.

There is no “generate preview” functionality in supply yet unfortunately, so check your files twice to make sure you didn’t miss anything. 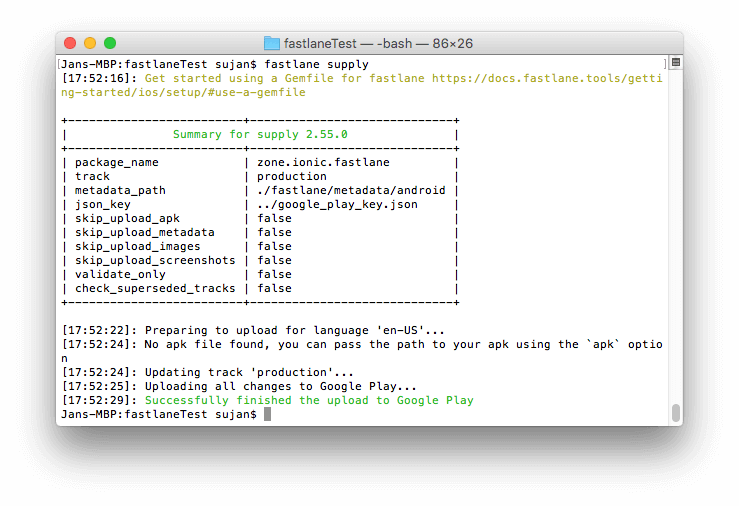 Check the Play Console for confirmation it worked:

Note that supply doesn’t yet support all fields that the Google Play console requires, e.g. “category” is not downloaded and can not be set for Android apps. You have to do that manually before publishing your app later.

Note that both tools don’t update the default language of your app or remove translations that are not part of your file structure. You will have to do that manually for both the Play Store and the App Store.

With your apps created in the stores and them being filled with metadata, you “only” have to build your app for testing and later release.